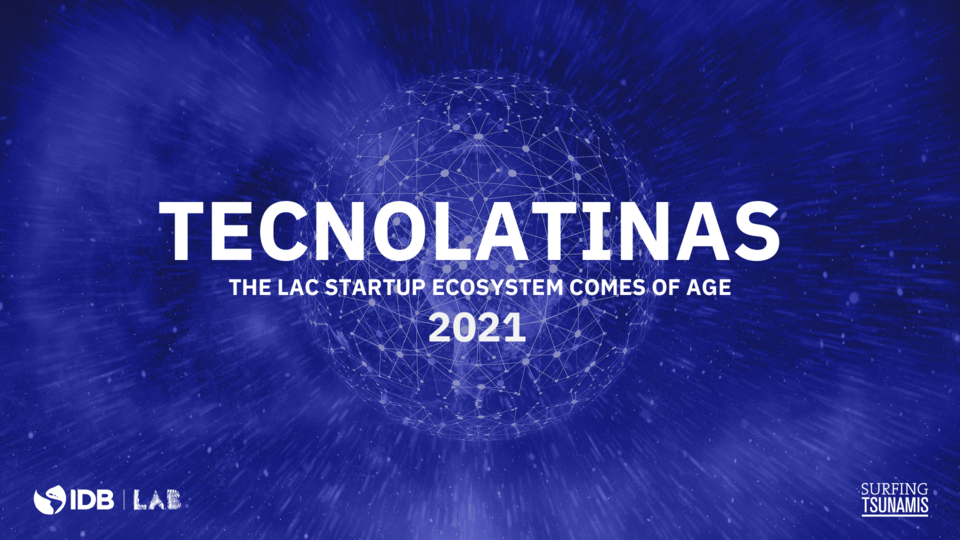 Author
Peña, Ignacio
Date
Mar 2021
English (9457 downloads)
DOI
http://dx.doi.org/10.18235/0003080
A startup revolution is unfolding in Latin America and the Caribbean (LAC). Latin entrepreneurs are demonstrating world-class vision, business skills, and grit. They are transforming our lives for the better, generating jobs at scale, and delivering massive value for their shareholders. There are 1,005 technology companies born in the region that raised over $1 million. These companies are collectively worth $221 billion, raised $28 billion, include 28 companies worth more than $1 billion, and have over 245,000 employees. Accelerated growth has been witnessed throughout the broader ecosystem. Its value multiplied by 32 times in the last decade, going from an estimated $7 billion in 2010 to $221 billion in 2020. Most of the growth took place in the past four years. Tecnolatinas have shown they can grow and prosper even in difficult contexts: while their value grew from $7 billion to $221 billion in the last decade, the leading 40 publicly-listed traditional companies from across the region saw their market capitalization fall by $489 billion.

The revolution is accelerating: the time to achieve a $1 billion valuation has been steadily decreasing with the help of digital technologies and solutions, such as mobile and cloud computing, and more mature ecosystems. While it took decades for pioneers such as Totvs to achieve that value, the latest unicorns (such as C6, Loft, Ualá) achieved that status less than three years after they were founded.

Geographic strategies vary across LAC: while Brazilian startups focus on their local market, startups from the rest of the region are forced to internationalize in order to scale. In Brazil, 83% of the Tecnolatinas have local strategies and represent 74% of the ecosystem value. Outside Brazil, 49% of the Tecnolatinas have local footprints, but they only represent 5% of the ecosystem value, with the other 95% of value coming from the 51% of companies with regional or global strategies. The need for internationalization partly explains the asymmetry between Brazil and the rest of LAC and represents a challenge for entrepreneurs and local policymakers that calls for regional collaboration.

Fintech and E-commerce represent 72% of the ecosystem value and are the leading sectors across the region in terms of value. But startup activity is spreading across sectors and we identified 16 sectors with companies worth more than $500 million. The Tecnolatinas ecosystem is poised for continued growth and can play a critical role in building a future of abundance, inclusion, and regeneration in LAC. A valuation of over $2 trillion and more than $30 billion of annual venture capital investments by 2030 would be consistent with international benchmarks and with LACs current trajectory.

The study is divided into four chapters. The first chapter provides an ecosystem overview. It shows that the LAC startup revolution is exploding and has reached a scale and relevance that turns it into a powerful engine of transformation and a force to be reckoned with; the second chapter analyzes the geographic strategies of the Tecnolatinas; the third chapter presents the sectors that dominate ecosystem activity; and the fourth chapter explores future growth potential and new frontiers for the development of the ecosystem.