Housing What's Next?: From Thinking The Unit to Building The City 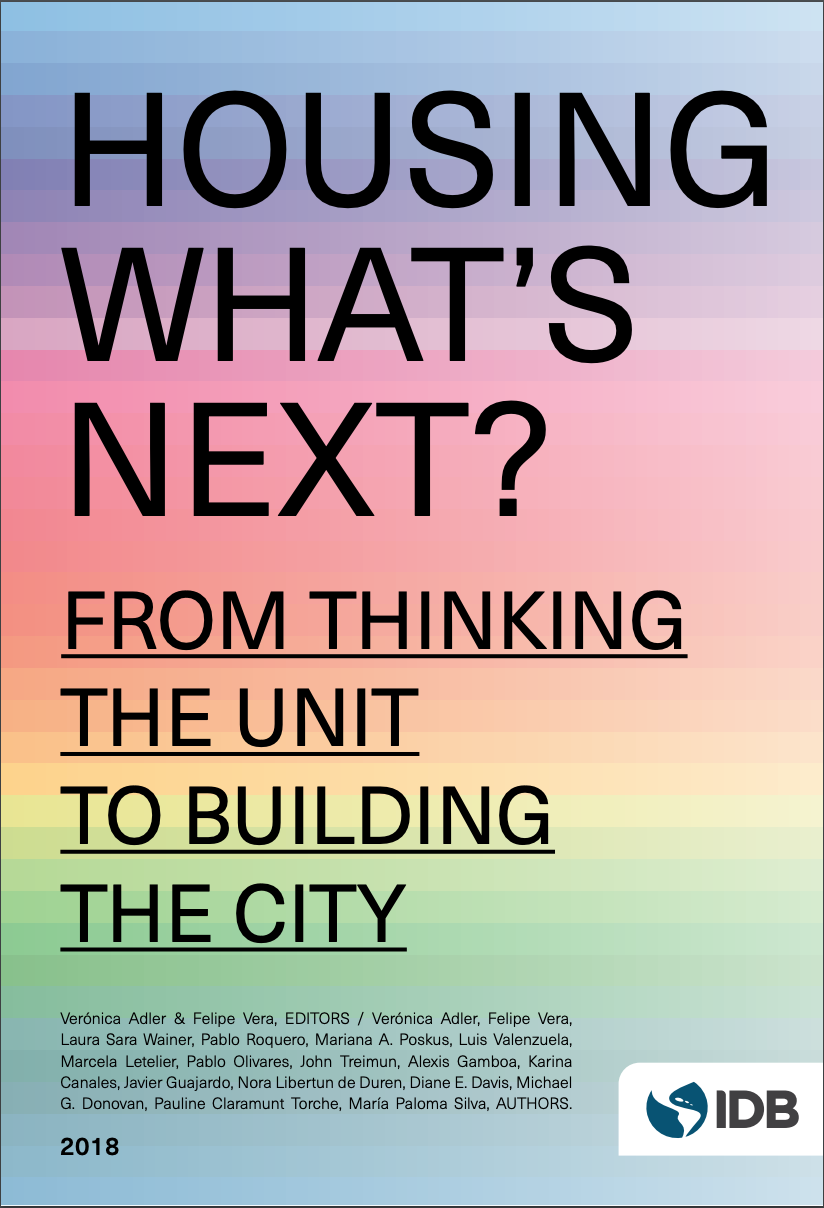 Author
Adler, Verónica;
Vera, Felipe;
Wainer, Laura Sara;
Roquero, Pablo;
Poskus, Mariana A.;
Valenzuela, Luis;
Letelier, Marcela;
Olivares, Pablo;
Treimun, John;
Gamboa, Alexis;
Canales, Karina;
Guajardo, Javier;
Libertun de Duren, Nora Ruth;
Davis, Diane E.;
Donovan, Michael G.;
Claramunt Torche, Pauline
Date
Mar 2019
English (2137 downloads)
View Online
Download
Spanish (33246 downloads)
View Online
Download
DOI
http://dx.doi.org/10.18235/0001594
Over the course of the 20th century the worlds population grew more than during any other period in history, increasing from around 1.5 billion people in 1900 to nearly seven billion people today. Given this exponential growth, it is essential to reflect o n what we have done to house this growing populationor what residents have done to procure housing on their own. According to the numbers, we have been capable of building enough housing to compensate for the quantitative deficit; t he biggest
challenge we face today is to how to make qualitative changes to the existing housing stock. Population growth continues to be strong in the emerging economies of the Global South, and exploring the potential of housing to transform the urban fabric is critical to building better cities.This project by the Housing and Urban Development Division of the IDB is an invitation to make strategic use of lessons learned, to imagine new solutions and possibilities, and to bring a renewed agenda to housing and urban development in the years to come.